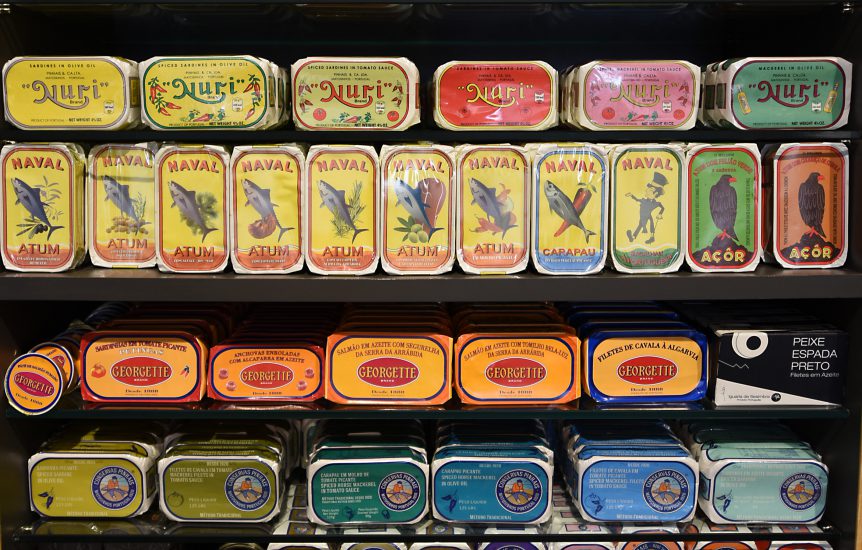 – A “Canned” Testimonial of the Lagos History –

The Industrial Revolution of the 19th century created the business of the Preserved Fish Factories along the Portuguese coastal areas and arrived in Lagos in 1882 with the French F Delory, the first factory established in the Lagos harbor.

The excellent geographic location and the fact that there was plenty of fish and salt as well as workers , transformed  Lagos as the main center of production and exporter of canned fish in the Algarve with about 30 factories, which reached the production of 5 million cans peryear.

From all the process of preserving the fish only the nailing was the responsibility of men (from 13 procedures), everything else was the female workers responsibility.

Women began to work in factories at the age of 14, and since work was unregulated, workers were called by the factories siren whistle at any time of day and night, depending on the arrival of the fish. As soon as women heard the siren, they would run to the factories so that they were not penalized in their working hours and subsequently their weekly salary:

“We were called by the siren to warn that fish had arrived at the factory. (…) As long as there was fish we couldn’t leave the factory, I had to work all night. If it was night and we were in bed, we had to get up and go to work. Otherwise there was a punishment, we couldn’t work the next day”1 .

Many workers took their young children with them because they had no one to care for them. This way they would leave the kids in a division of the factory, a sort of kindergarten supervised by other women. It was a hard life but of extraordinary importance for the family economy.

The arrival of tourism in the 1960s contributed to the bankruptcy of the canning industry in Lagos and the decline of this work, activity and companionship.

It is with pride and some nostalgia that the Mar d’Estórias has available in its store the brands of preserved fish that marked the history and to remind us of times with flavour to the sea: