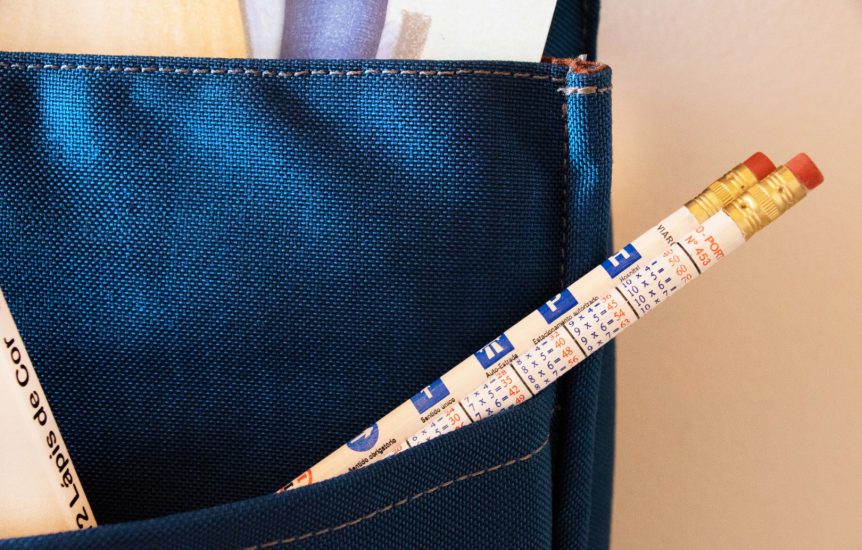 Viarco – A Factory that takes risks

Viarco’s name may pass by some people less attentive. It´s a fact that the factory exists since 1907, at that time under the name Portugália, in Vila Do Conde. In 1936 the new factory owner, Manoel Vieira Araújo changed the name to Viarco, a junction of the name of his first hats factory, Vieira Araújo e Companhia.

If we talk about pencils with the multiplication table, maybe it will sharp the memory of some. These pencils that were so useful for primary school students and which some teachers excluded from school exams.

It seems to be a hard task when we talk about Viarco and do not talk about the history of the last 112 years. The past merges perfectly with the present and the future, and all the time-spaces were and will be important for this brand.

This factory’s story is told today by one of the founders’ relatives, his great-grandson – José Miguel Araújo – nowadays he is in charge of the only pencil factory in Portugal and probably one of the most versatile factories globally.

This factory resisted a city change, resisted a dictatorship and an economic crisis that almost forced closing the doors. As the desire to continue the project was huge, the search, the development of new production methods and mostly the creativity came to solve some issues that the crisis brought to other Portuguese companies.

Virtues were found in the old machines, that stayed in the factory since 1941 in the city of São João da Madeira. They used these machines, to produce on a small scale, new products targeting the fine arts, industrialized products that need meticulous and manual care in the end. This would be a problem that cutting-edge factories couldn’t ever overcome. The time factor saved the factory’s future!

Today, in the old hat factory zone, treasures from another era are being stored. There are customized pencils with several Portuguese brands, beginning on wine brands, domestic appliances, hotels, bakeries, and even Coca-Cola, this being an international brand. They were present at the famous exhibition Mundo Português in 1940, it was organized by Oliveira Salazar, with products made on purpose for the event.

If, eventually, you go to MoMA in New York, it is quite possible you will find Viarco’s products. In 2010 it was one of the best seller products in the modern art museum souvenirs store. For some time now, the brand goes hand in hand with art, designers, architects, graphic artists, cultural association and all those who understand art.

At Viarco it is possible to do a meeting with friends, artists, and designers, only to know which product is missing in the market. According to the current Viarco’s owner José Miguel Araújo, the help and the creativity from friends and customers are essential for the factory’s progress. In one of these meetings, the painter José Emídio remembered a conversation and the experience he had with António José Vieira Araújo, the former owner. He has used graphite malleable mass that could be mixed with water, to meet the need for materials for large scale works. At this point, a new idea comes to produce a new line of products, the Art Graf. Over time, the ideas around the watercolour graphite were flowing, and today it counts with 13 products all connected with arts. Among them, the Art Graf Soft Carbon pencil has the same function, but with the traditional shape of a pencil that helps with precise lines.

A short example, of how the factory has a close relationship with arts, is the artistic residences, where both space and the material are provided. A symbiosis exists between Ricardo Pistola – resident artist – and the company. The artist experiments with the art supplies and gives his viewpoint and if something specific is needed, just ask.

This artist had participated in the Viarco Express in 2009. An activity in surrealistic style like Cadavre Exquis, where the baton was a pencil and not a folded paper. All the 100 registers, some more artistic than others, reunited in one exhibition in Museu da Presidência da República and later in the book “Um século, dez lápis, cem desenhos – Viarco Express”. The artist’s option to pass the baton, in other words, the pencil, gained some freedom. For three years, no one knew what direction this adventure would take. The “pencil” object was only known transversal to several professions, for that reason, 10 pencils passed through the hand of graphic artists, designers, architects, such as Álvaro Siza Vieira, Joana Vasconcelos, Paula Rego or Julião Sarmento. Great names met at this adventure, and shared one object that we all used, the Viarco’s pencil.

This is a Portuguese factory, that tells Portuguese history and helped so many others to write their own story. A versatile, creative brand that believes cooperation is a path to which we all win.