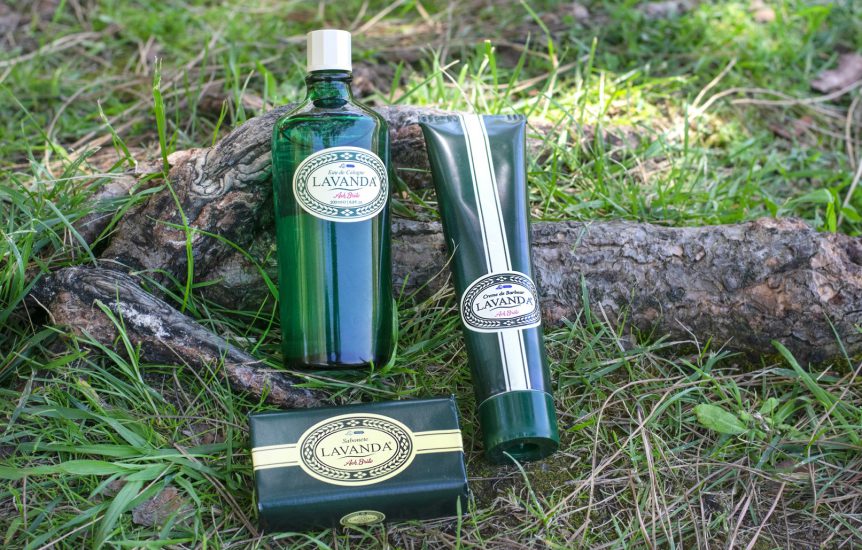 All good ideas have at least one mentor, but this particular case had two.

One was a chemist and the other an importer, they joined their skills and settled in Porto to create the first soap and perfume factory in Portugal in 1887. Ferdinand Claus and Georges Schweder, of German nationality, start this positively odorous adventure with the strange idea of democratizing the use of perfumes and soaps. And who wouldn’t want access to something that smells so nice, and most of all, based on using national essences?

We can say that the history of the Brito family began in the world of soaps in 1903, with Achilles de Brito as the bookkeeper of the company Claus & Schweder. After six years, one of the founders retired due to health problems, and the protagonist of this story enters as the company’s shareholder along with another German perfumer chemist. Due to the declaration of war in 1916 by Germany to Portugal, the two Germans left the country. The factory is then nationalized and precisely nine years later, Achilles and his brother Affonso buy assets from Claus & Schweder. By then, the two brothers already owned the company as we know today, Ach.Brito. The entrepreneurship spirit was enormous, so they decided not to merge the companies. They operated in the same building, but Claus Porto’s market segment was more focused on the international market and Ach.Brito on the national market.

With earned teachings and by their own merit, they receive their due notoriety inside and outside the country. They are present at world fairs and, and as a reward for their excellent work, they receive several awards. Illustrious people of the time regularly visited the factory such as Gago Coutinho, Sacadura Cabral, and president Américo Thomaz, among others who did not spare a signature in the attendance book.

In the spirit of innovation and intelligence, a lithograph was built inside the factory’s building. All the labels were created in the factory, by hand and with a touch of someone who knew a lot about graphic design. Even if at this point the profession was denominated as a “commercial artist”. Without a market analysis, they realized that well-crafted packages with appealing colours attracted more attention from buyers. Thirty commercial artists were working on the images to obtain the most beautiful packaging, some inspired by the Belle Époque, others alluding to the Portuguese daily life. Nowadays, we can find the daily life of the factory in a book, too small for so many years of history. The book “Claus Porto 130 years” contains images of numerous finished labels, others unfinished and studies of possible fonts. The products of Ach.Brito or Claus Porto certainly have passed through our homes. The Brito family continued the democratization of quality products for all, it is impossible not to find one in any supermarket. Who doesn’t know the Patti soap, inspired by opera singer Adelina Patti? Or Lavanda cologne? What about the aftershave Musgo Real?

All good ideas have at least one mentor, but this particular case had four generations.

It was in 1994 that the 4th generation of the Brito family, Aquiles and Sónia, joined the business. A precipitation of Aquiles, an attitude quite normal to have at 22 years old, made him accept the challenge of running the business. Good thing he did, otherwise Ach. Brito could only be a souvenir postcard.

He started at a difficult time for someone who was just starting his work life. After joining the EEC, the Portuguese believed that foreign products were better than ours. Aquiles, even though being young and inexperienced, decided to take the brand Claus Porto (made in Portugal) far away from the country, in this case to the USA and Canada. It was a genius strategy!

Nowadays, the Portuguese value our products and know that what we do has quality. Currently, Ach.Brito, Claus Porto, and later, Confiança, one of the oldest soaps and perfume factories, are all part of the Ach.Brito group. They won national acknowledgement and international as well. Claus Porto has two stores in the country, the first one in Lisbon and the second in Oporto, the latter they consider to be the motherhouse. The third store was inaugurated in 2018 in New York, built with immense attention to detail, with everything reminding of Portugal. From the tunnel structure allusive to the São Bento rail station, the lined walls with Portuguese cork, with beaks reminiscent of the Bicos’ house in Lisbon.

All good ideas have at least one mentor, but this particular case had the whole country.