After all, is it entrudo or carnival? | Mar d Estórias 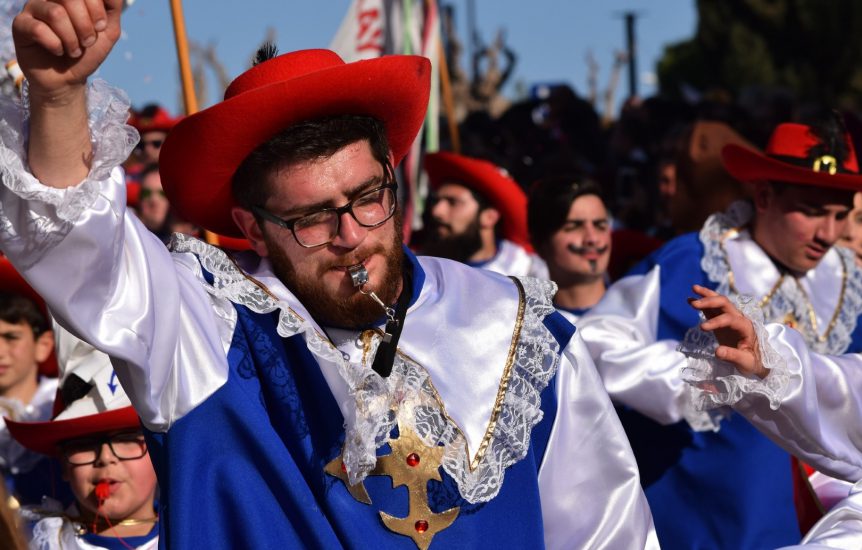 By Tânia Soares On 19 February, 2020 In Articles, Mar d'Estórias, Tradition

After all, is it entrudo or carnival?

Some live anxiously for this season, some surrender because they have children at home and some give a dance to the masks and answer – every day it’s Carnival. There is the most Portuguese carnival in Portugal, there is the five-day carnival, not the three-day one and the most Brazilian carnival in Portugal. They all make up the same party, the one that served to say goodbye to the good life before the entrance of the most Catholic phase, Lent.

In Portugal, there are plenty of parades and floats, masquerade balls, confettis and of course, the Matrafonas (men dressed as women). They say that feathers and sequins are ideas imported from such a country called Brazil. Apparently, we discovered it ourselves and exported the three-day party to the now king of carnival, Brazil.

In Podence or Lazarim, on the party’s posters, the word “carnival” is replaced by Entrudo. Podence’s rattling entrudo is now an Intangible Cultural Heritage of Humanity. Intangible are the emotions, which are impossible to describe when we see the Caretos rattle down streets towards the single girls. In Lazarim, unlike Podence, girls and boys can wear carved wooden masks. The trait of the artisan’s gouge marks diabolical features, with the purpose of not letting anyone sleep at night.

In other carnivals, there are Cabeçudos (bigheads) walks, there are children’s parades and political-social satires. It’s in Torres Vedras that we see unsightly and somewhat dubious women along the street. It is one of the traditions of the most Portuguese carnival of Portugal, the Matrafonas, that went out for the first time in the year of 1926. Those who couldn’t afford carnival costumes would borrow clothes from their wife, sister or aunt to have a good time.

Several cities dispute the oldest carnival title in Portugal. But it’s in the south, in Loulé, that we find the oldest parade in the country with floats. Since 1906, the Civilized Carnival has existed and became the pilgrimage of several Algarvian families forty days before Easter. This carnival began that year, with a solidarity aspect, each ticket sold reverted to the local hospitals.

In Sines, Sesimbra or Mealhada, even the shyest person beats the foot to the sound of the samba drummers. The strength of Lusophony spins in these most Brazilian carnivals of Portugal. In Ovar, Estarreja and Alcobaça are the samba schools that dictate the beat of the parades and in the last-mentioned city, the carnival of three days passes to five days.

Association houses fill up with dancing couples, who are hiding behind the mask and lose any shame in dancing to the sound of the most popular music from Portugal. There are the best mask contests, organized dance lines, scary masks and other masks that are more dressed up.

Finally, we know that life is only two days long and, during the carnival, there is a bonus of being three. So, it’s time to laugh until your tummy hurts and your cheeks don’t feel, it is time to give time to prolonged laughter. It’s time for carnival or entrudo, and to watch an ancient tradition in which we celebrate, essentially, happiness.