The companionship lived in every game of pétanque | Mar d Estórias 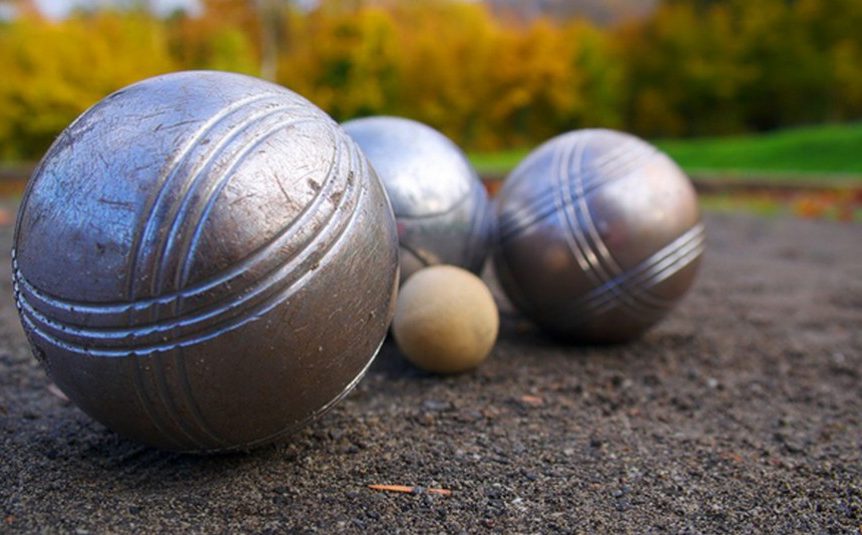 The companionship lived in every game of pétanque

Today we are talking about a traditional game which is already considered a sport – pétanque. This sport federated in Portugal, in 1992, was brought from France by emigrants in the early 1980’s and became an ingenious way to socialize and practice outdoor exercise.

Mar d’Estórias spoke with Carlos Marques, federated player of pétanque, from C.C.D.T. of Lagos1, to understand the importance of this game for all ages and with no social status!

Carlos says that he learned the rules of the game and started training hard onhis shooting, i.e., hitting the opponents’ boules away from the target (cochonette), in order to win the point: “When I started playing pétanque I trained alone, because everyone was better at “shooting” than me who had no practice.”

He recalls that he started to like the game in 1993/4, shortly after starting to work in Lagos Town Hall: “pétanque was federated in 92, but before that there were already those who played here.” The companionship and the pride to perfect his game led him to acquire a trio of boules and have his name engraved, in 1996: “the trio was very expensive at the time! I spent about €260 on them”.

This is a game of strategy, precision and friendship that unfolds on sunny afternoons: “the retired get together from 2 o’clock for a game or two,” says Carlos, who only joins after finishing another working day. The 26-member players (including 4 female players) socialize and improve their game: “some have the ability to play by points, others for “shooting”, it depends on each one”.

“Unofficial tournaments” are organized and open to anyone who wants to play. There, friendship, networking and good times are the most important thing, as well as, to be in contact with nature and the chance to win “smoked hams, hens and Christmas baskets”! Everyone brings their packed-lunch to heat up in the stoves of the clubs and everybody gets together at the table sharing food and conversation – a sense of community and companionship unparalleled! However, “there are very few young people who practice this sport”, most are older and more available to dedicate themselves to the pétanque.

Nonetheless, it doesn’t mean that this modality isn’t taken seriously, otherwise we wouldn’t have three  players from the Algarve competing in the Pétanque World Championship, which was held in Canada in September. Hugo Dores, Paulo Jacinto (from CDC Nave, Monchique) and Hugo Rodrigues (from Quarteirense) were part of the team that qualified “among the 16 best teams in the world.” 2 In the past Carlos Marques also represented Portugal twice in the world competition: in “Pattaya, Thailand (2007) and Marseille, Spain (2013). Although Portugal has less than 2,000 pétanque players, compared to more than 300,000 federates in France, these are dedicated, committed and proud to represent the country across borders.

2 Mentioned the Portuguese Petanque Federation, in a statement.