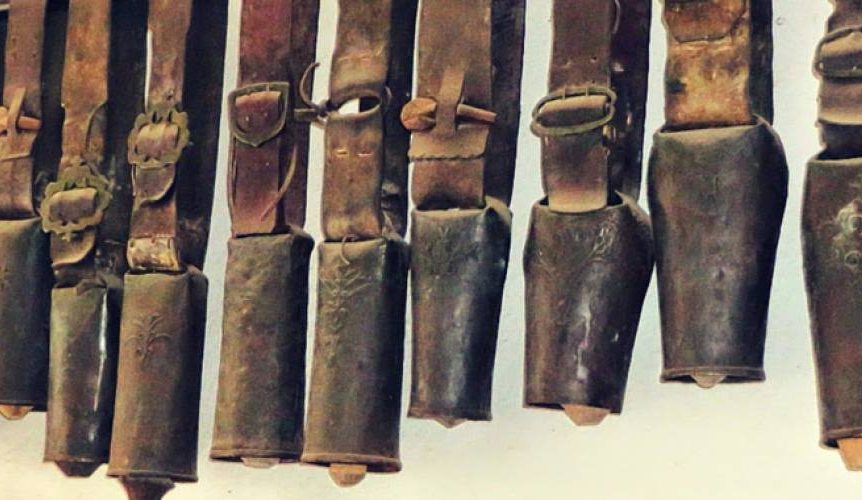 Art Of Making Cattle Bells – The Symbol Of Alentejo

In the plains of the Alentejo, more precisely in the village of Alcáçovas, in Viana do Alentejo, one can still hear the distinct sound of the cattle bells that wander the pastures. The melodious music that is rooted in the identity culture of Alentejo since the 18th century, when the masters of making cattle bells began to emerge, in the region.

The art of making cattle bells, a musical instrument primarily associated with pastoralism, was classified by UNESCO (in December 2015) as a Rare Cultural Heritage in Need of Urgent Protection. This tradition was practically extinct due to the industrialisation, the introduction of fences to control the cattle and the decreasing number of shepherds. However, in Mar d’Estórias, we believe that this art has also disappeared because it is a time-consuming, technically complex craft and it takes several years to master all the artisanal parts to manufacture this object.

In the past, the cattle used a bell of different size according to the season; and the greediest cow would use the “male bell” (chocalho macho) (bigger and of more bass sound) so that the shepherd would know when the animal went to eat the neighbour’s grass. In times gone by, when there was no television to entertain, evenings were filled with groups of people that made the clappers, the collars and the “cáguedas” (personalized clasp of wood, horn or cork that avoided the opening of the leash), everything for the bells.

Nowadays there are only a dozen craftsmen dedicated to making this piece and only four of them under 60 years old. These ancient knowledge masters make the bell from a polished iron plate (that varies in thickness depending on the size of the cowbell) which is carved cold on the anvil with the aid of a hammer.
Before proceeding to the next phase and through the same process, the craftsmen produce a handle, the “sky” (céu) (inner part to suspend the clapper) and the clapper. The brass is cut to be placed around the bell which is then wrapped in a mixture of clay and shredded hay. The hay uniforms the paste so that it doesn’t crack when put into the oven, avoiding the liquid metal to exit the interior. It is cooked for 60 minutes at about 1200 degrees Celsius in the forge, at which time the brass and iron melt. Then the object is removed from the oven and rolled on the floor so that the brass, while liquid, covers the entire item evenly. Subsequently, it is submerged in water to cool down.
Then the bell is released from the cooked clay paste, and the complex and exciting part of the process begins – the tuning.

It is said that one doesn’t need to be a musician, however, the master needs to have a good perception of the sound so that it is pleasing to animals and shepherds. Nevertheless, the artisan also tries to maximise the sound in each piece, so that it can be heard at a distance. In a final phase, the piece is polished, and the wood clapper, the cowhide collar, the brass buckle and the “cágueda” are placed on it.

This is a knowledge of unparalleled importance, the identifying inheritance of a people that can not be forgotten. We, in Mar d’Estórias, for wanting to dynamise the preservation of this art, share the history of this craft and inform that these handcrafted cowbells are available in our shop.