Do You Know the Traditions of the Portuguese Carnival? | Mar d Estórias 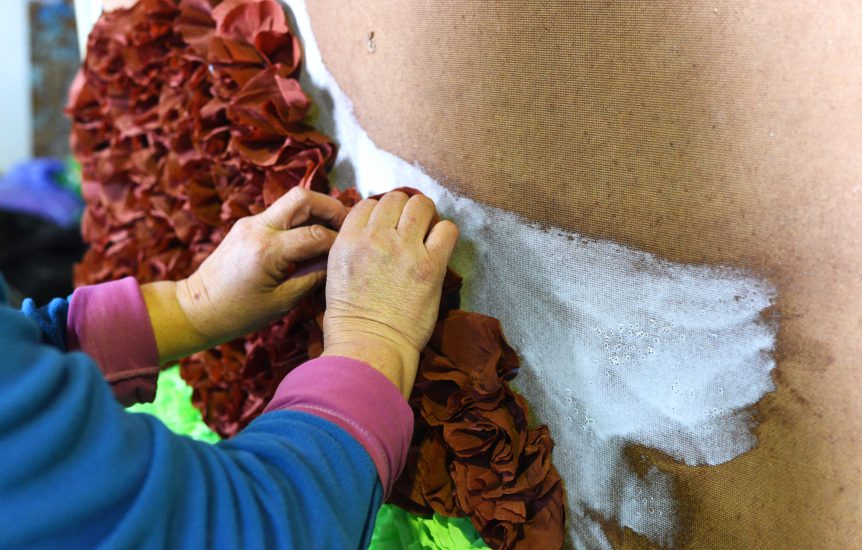 Do You Know the Traditions of the Portuguese Carnival?

These days, routines are broken while keeping up carnival traditions! Throughout Portugal, masked revellers have fun at the carnival which is different throughout the country, while all in the same spirit of entertainment and joy.

The north of the country reveals profane traditions which symbolize the renewal of nature in the spring, with boys in frightening masks of wood, leather, brass, and wool to scare away evil and announce the beginning of a fertile time.

In Macedo de Cavaleiros the “caretos” chase single girls, dance and run with rattles around their waists and sticks in their hands. They are the personification of the devil who comes to purify the village so that the land is blessed with a good harvest.

But it is said that it is in Torres Vedras that one lives the “most Portuguese Carnival of Portugal”. A party “that nobody gets offended” and where they can’t be without the “matrafonas” (men dressed as women), the kings, the decorative cars and the “cabeçudos”, (satirical figures from our society).

For those who don’t know, the capital of the Portuguese carnival is twinned with Lagos town. The saint of our town, São Gonçalo, was born in Lagos and died in Torres Vedras. These roots endure through time and are nurtured by a feeling of friendship and sharing. Therefore, for the third year, the Municipality of Torres Vedras collaborates with our Municipality to transform the carnival of Odiáxere into a hymn to joy and family reunion.

As in Torres Vedras, the Odiáxere Sports Club follows the expression “life is two days and carnival three,” a party that tries to bring together the elders with the younger, with decorative cars, lots of fun and music.

This year, the Odiáxere carnival celebrates 25 years and Luís Bandarra remembers how the idea came about to create a parade to energise the Sports Club of Odiáxere which at the time was in bankruptcy. “The inspiration was always the story of Odiáxere. At the end of the harvest of wheat and barley there was a parade of horse carts from Odiáxere to Cotifo. We tried to recreate a carnival with the props of the time.” The first year included “7 construction vans and decorated trailers, next to the sports club; in 1995 we already made a tour through the village and in 1996 appeared the true parade “, says Luís Bandarra, the president of the sports club, at the time.

The celebrations of the 25 years count on the dedication of many volunteers, with the sponsorship of local commerce, Caixa Agricola and the Lagos City Hall for a unique party! This year the bar was set high and the parade features 14 decorative cars, lots of animation and dancing. What began with a simple financial recovery from a sports club is now in the “DNA of Odiáxere who never gives up! [these 25 years show] a people with great will and determination.” Luis Bandarra and now Sofia Santos (current president of the sports club) joined the Santa Casa da Misericórdia and the Odiáxere Nursery to give new life to the carnival, with 2 generations – the grandparents and the grandchildren!

The organization intends to always evolve, so it was necessary to “stretch our creativity and use other materials and techniques that we were not aware of, as was the case with the foam expander,” says Sofia Santos. For next year they already have the objective to take some training courses to create images in styrofoam.

In Odiáxere, family is very important as well as the pride of persistent people and the fun of maintaining the tradition. Mar d’Estórias accompanies this dedication and tradition that lives during these days in our municipality. We hope you also join the party!