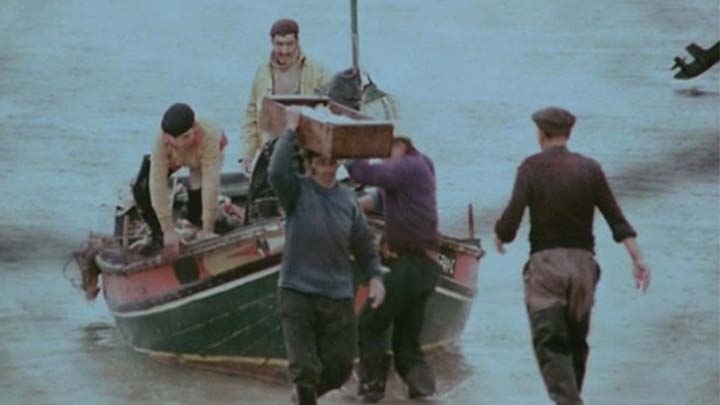 By Filipa Glória On 24 September, 2018 In Articles

“The Indians of Meia Praia”

Between the beach and the train line that takes us to Lagos, there is a community of tough people who worked and survived to claim their space – the Bairro 25 de Abril, better known as the “Indians of Meia Praia” community.

Mar d’Estórias tells the adventures of these working people in search of better living conditions. A fishing population that came from the Eastern Algarve, more precisely from Monte Gordo, on foot and begging for charity to buy a ticket to Lagos, in the 50’s: “we walked from Fuseta to Olhão; I begged on one side, my sisters on the other; my father another. We got money to buy the ticket to Meia Praia.”1

In the sand of Meia Praia and in the vicinity of Ria de Alvor, where fish and shellfish were more abundant, entire families built their wooden huts. Times are never easy for those who dedicate their livelihood to the forces of the sea, but with perseverance and hard work, the “Indians” gradually managed to improve and grow a community.

Many claim that the nickname “Indians of Meia Praia” arose due to the appearance of the thatched cottages that these families built, however, testimonies assure that it was also a retaliation from other fishermen: “fishermen friends were jealous (…) and then they began to call us Indians”2. In any case, the negative connotation of the nickname was long lost to be replaced by a pride in being able to create roots in the place they always wanted – an outdoor life by the sea.

After 20 years, the original huts were replaced by zinc, and after the April Revolution, it was possible for this community to be entitled to a decent home. Through the SAAL project of 1974 (Serviço de Apoio Ambulatório Local3), led by Architect José Veloso, Bairro 25 de Abril started.

This social housing plan had as a condition the involvement of the whole community in the construction process. The government provided land and technical support while the population organised themselves, in turns, to build 41 Algarve inspired houses, corresponding to the number of families and huts that existed at the time. While the men were at sea, women and children carried the bricks, mortar and cement, as portrayed by António Cunha Telles’s documentary “Índios da Meia Praia” (1976) and by the music of Zeca Afonso with the same name.

Nowadays, the link to the art of fishing prevails, this has passed from generation to generation and dominates in 70% of the population of the neighbourhood. Its residents lived the majority or all their life in Meia Praia. They have already formed a family and remain in a close-knit community: “I am a great-great-grandmother. There are four generations of us living together and we are happily settled here.”4

All these years of history stir the sense of belonging to this place; for the simple daily life of these people who live in community: “I was born, I learned to read and write, I married, and I will die here!” 5. It is with regret that after all these years this is the only clandestine SAAL project. The land of the neighbourhood continues to belong to the Maritime Public Domain, in other words, these “Indians” have no possibility to sell, lease or leave a property because it is not legally theirs. A new Development Plan for Meia Praia was approved in 2007, aimed at the demolition of Bairro 25 de Abril and the relocation of the resident population: “These residents had everything within the law, they worked and paid, as required. They had State support and have rights”, says Arch. José Veloso.

We are faced with “a typical and ancient village” 7 inhabited by “heirs of a resistance history” 6 which continues to this day. Mar d’Estórias believes, like Arch. José Veloso, that the “Indians of today are willing to fight … aware that their cause is just” 5.

1 Testimony of Fernando Filipe Romão, resident of the Bairro 25 de Abril, in an interview for the Linha da Frente television program: “Quem me dera que a gente tenha”, RTP1, May 2018.

4 Testimony of Maria Rita Viegas, 87 years old, in an interview with Lena Stang for Tomorrow Magazine, May 2018.

5 Testimony of Luís Dias, resident of the Bairro 25 de Abril, in an interview for the Linha da Frente television program: “Quem me dera que a gente tenha”, RTP1, May 2018.