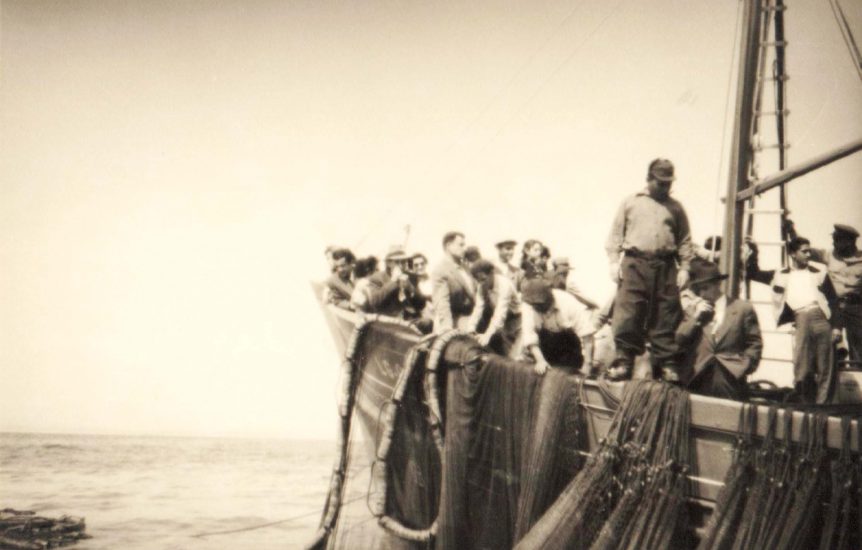 By Margarida Pimenta On 7 July, 2016 In Mar d'Estórias, Tradition

Imagine yourself entering a historic and majestic building, composed by three floors, where even the walls tell stories and the air you breath is full of meaning.


Now think that in this building you’ll be the precursor of a labyrinth of stories, pictures, products, fragrances, flavours and textures. Where everything has been thoroughly selected in order to represent the best of Portugal. A Portugal where hands made the art, art made the tradition and tradition dictated the society. In times that masses are upon groups, production is upon creation and the end result is upon the process itself. In this shallow era, that certainly will reach the end of the line, we are the people in which history is interesting to others, by the deeds and by the knowledge, by the way we bring the sea to table, on how we apply the best we’ve learned and how we developed the interest for the handcraft practices, fishing and gastronomy.

In distant times, this was a building where the people of Lagos – people of the sea, fishermen and town’s people – would be gathered. The Lagos Maritime Association, probably established under the reign of Don João V, has been the host for debates and has looked after the interest of a mainly fishing community.

In this same building, raised for more than 500 years ago, being a testimonial of different periods in time and spectator of several generations, Mar d’Estórias emerges with intend to be the same sharing, get-together and community place. The materials, techniques and the specialized workforce contributed to the maximum restoration of the building, however the historical meanings, symbolism and the soul of the building itself no one could ever alter. Because those got crystallized in time and eternalized in memory.