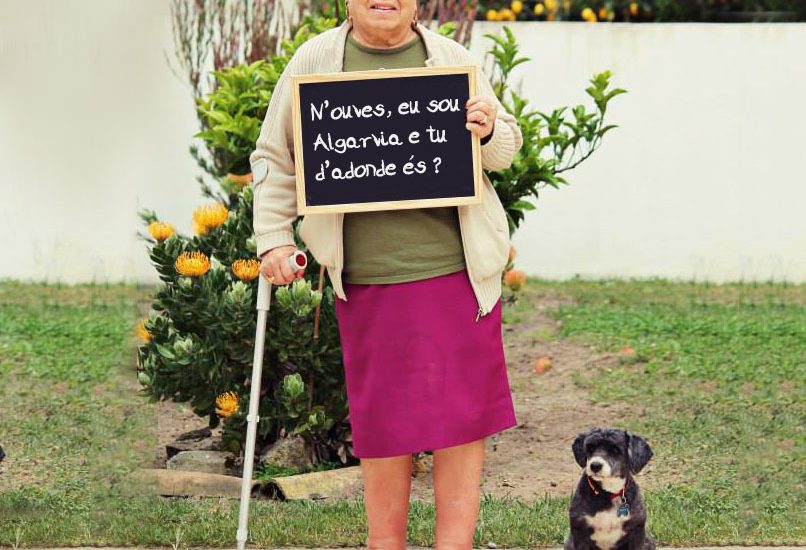 By Margarida Pimenta On 6 October, 2016 In Tradition

10 most commonly used Expressions in Algarve

There’s nothing such as delving into one people’s culture and get to find its particularities. And what is culture if not the set of practices and customs, the ways of doing and being, the language and its forms of expression?

There’s a great historical and cultural heritage in this region, known before as “Algarve Reign”, mainly for the effort to resist the change and passage of years.

The struggle for maintaining what mainly characterize and distinguish the Algarve people is evident, mainly at the symbolic level, in what concerns the language system, such as typical expressions and other regionalisms. So, the tourists coming mainly for the beauty of all these stunning beaches around the Algarve, should never forget this “other beach”, with a more erudite access, that adds value and helps enlightening over the history of civilizations.

There are several expressions used by the people from Algarve (whose name comes from the long-lasting presence of Arabic people – Al-Gharb, “the West”). We named below some of the most common place expressions of these people, so that you can actually know more about its culture.

“Atão” – This is the shortening of the adverbial “then” or the conclusion indicator “so”. It’s mainly used as an interrogation form, for example, “So, when will you get here?” (“Atão, quando é que chegas?”). This is something we constantly hear so it is easily associated to the commonplace language of the Algarve people. It can also be a way of understanding an idea, such as in the following example: “Well… life is life” (“Atão… é assim a vida”).

“Béq’me” – Here is the shortest way of saying “Bem que me”, which is like the conclusion of a prediction. For example, if one says “Bem que me parecia que ia chover”, it’ s actually concluding that “I could totally guess that it was going to rain”. We often hear this expression among the sentences, and in even funnier ways.

“De manêras que” – This is the conclusive conjunction at the “Algarvian” style. It’s the way of closing an idea, of putting term to a sentence, making it be equivalent to “so” or “thus”. An example of the way this expression is used can be “De manêras que a noite acabou mal”, which means “And thus the night ended in a bad way”.

“Há-des” – This is the second person (singular) of the indicative present “to have”, with the preposition “of” (“de”). This expression, which is not even a correct form of conjugate the verb, indicates a threat, such as “Once you need me, I’m not going to be there” (“Há-des cá vir”). This can be also equivalent to “must” (“deves”), like the following example: “You must think I’m not seeing you” (“Há-des pensar que eu não te vejo”).

“Mechas” – What a typical “Algarvian” way of showing displeasure or indignation for a situation or event. It’s a euphemism, often used in situations of negative surprise and it’s the appropriation of the slang word “shit” (“merda”).

“Môce Marafado” – “Môce” is a very common word in the Algarve dictionary, meaning boy or lad. “Môce marafado” is the meaning of a sly, rebel or daring boy. People often refer to a “môce marafado” when this boy had an unappropriated attitude or simply keeps acting in a naughty and rascal way.

“Na dou fête” – The meaning of this is “I’m not able to do it [something]” meaning the incapacity of putting an action into practice. If people say “Na dou fête esta receita”, the actual meaning is “I’m not able to cook this recipe”. It’s also often used with other verbs, such as “I can’t eat” (“na dou comido”) or “I can’t read that” (“na dou lido isto”). It’s a very commonplace expression amidst people from Algarve.

“N’ouves?” – “Don’t you hear that?” is what this other expression from the Algarve means. It questions the interlocutor if he’s paying attention to him or not. It’s currently used and mainly in those relationships where there is some type of hierarchy, such as parents-children.

“Prontes” – “Pronto” is the correct word to this expression and represents another way of concluding an idea, such as “Ok, you are right” (“Prontes, tens razão”). It can also take a bit more dramatic tone, when referring to “Ok, I knew it was going to happen” (“Prontes, já sabia que isto ia acontecer”), meaning that a prediction that something bad could happen, actually occurred.

“Má Que jête” – This is probably the expression that better characterizes the people from Algarve. This appropriation of “Mas que jeito” is the way of reproving an idea. It’s something that can be taken as depreciative. It not only reproves but also can condemn a statement or idea. “Isso não tem jeito” actually means that something “has no sense at all”. As it is a commonplace expression, people often use it in current contexts, just to give a “No” as the answer. “You want milk on side?” could be simply answered like this: “Que jête”.

To speak Portuguese is a hard work itself, especially for those who are not from countries with the Latin language. To speak the Algarve idiom, especially taking into account all the expressions named above, can be imperceptible for the Portuguese people themselves, so imagine for people from the overseas. “Que jête”, that seems to be impossible.