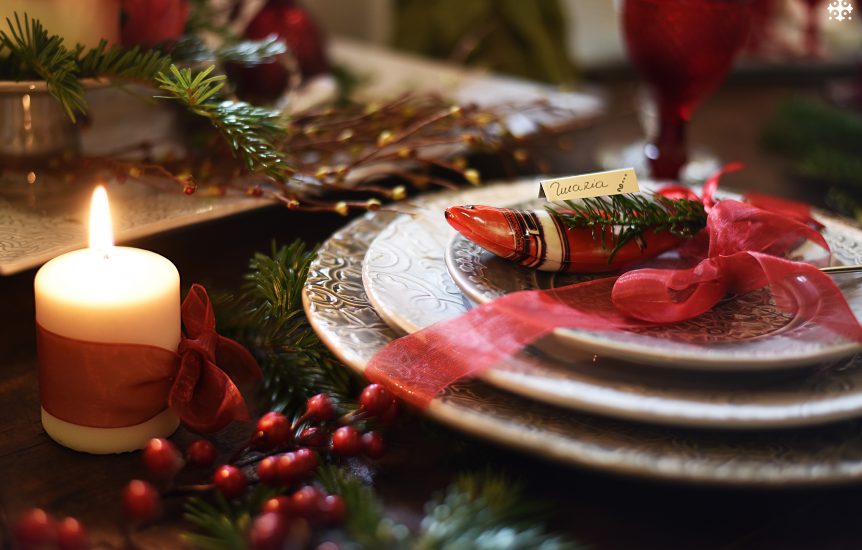 By Margarida Pimenta On 15 December, 2016 In Gastronomy, Products, Tradition

Christmas’s table from a Portuguese family

Wherever we look at the moment, the word “Christmas” keeps constantly popping up. And that’s absolutely fine, as long as we remember that Christmas is a tradition with more than a millennium of history and a great deal of meaning, and is much more than just a business.

While we’re on the subject of tradition, why not go back in time with us and revisit the Christmas tables of typical Portuguese families, especially those from the Algarve?

Even through the passage of years we all know there are some traditions that still remain. Various types of dried fruit spread out all over the tables is just one example.

Almonds, walnuts, pine nuts, hazelnuts, dried grapes, figs, dates and different types of crystallized fruits, used to always be seen on the Christmas table. White table cloths, red candles, tableware and cutlery, which often only came out for this one special occasion of the year. Pinecones and sparkling lights also adorned the Christmas table of traditional families all across Portugal.

Some might not know it but, according to the Catholic tradition, Christmas supper used to be a simple, light meal representing a day of fasting. It was only after midnight mass that families would indulge themselves with dinner delicacies. This is where the tradition of codfish on the night of 24th arises from, grilled or baked, but especially “Bacalhau com todos”: potatoes, cabbage, other greens, carrots, chickpeas and boiled eggs, generously drizzled with a good Portuguese olive oil. Not forgetting the tradition of octopus, which is still the “king” on several Christmas tables all over Algarve.

It was only on Christmas day (the 25th), that people would eat meat, which was traditionally roasted turkey, stuffed with a mixture of giblets and potatoes.

Knowing full well that each region has its own traditions and that every family also has their own “little secrets”, it’s not just turkey that fills the bellies of the Algarvian people at Christmas. The slaughtering of a pig used to be a very common tradition within some households, where the meat would be carefully divided into all its different parts and would be eaten fried for Christmas supper. The fattened chicken would be left to be eaten for lunch on the 25th December. It was also common (and still is) to see the typical dish of “Roupa Velha” (“Old Clothes”), which consists of the codfish leftovers, for Christmas supper.

Along the coastline areas, especially in the fishing villages, it was typical to have dog fish at the table that would have been more than a meter in length and was prepared scaled. This tradition is still common today, especially in Olhão and Portimão; the fish is then dried and can be eaten throughout the winter.

Although tradition can be different from region to region, for example in the North people say “Christmas without octopus at the table is not Christmas”, there are things which are part of the spirit that transcends all Portuguese, especially to all who follow the principles of the Catholic Church. If we think of the sweetest part of the festivities, there are lots of delights that continue to reign: Christmas “filhoses” and “rabanadas”, honey and almond dumplings, fig cheeses, chickpea and sweet potato pastries, typical “Dons Rodrigo” and also the “King cake” (“Bolo Rei”).

Although Christmas is still some days away, it doesn’t mean we can’t start dreaming about what delights await us.