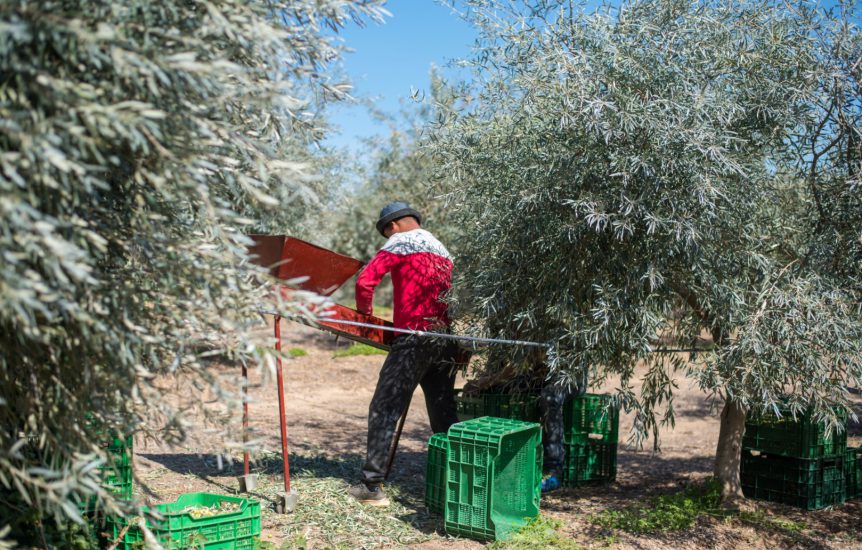 A liquid that is not indifferent to any culture, any nationality. It is king in the best diet in the world, the Mediterranean. In the documented history of humanity, it accompanied all the events that made the world change. The tree that gives it life is full of glories, from the roots to the ends of the branches that have gained the power to announce victories.

The truth and the olive oil have always been up there, together in the mouths of the world, or so we want to believe. Olive oil illuminated the homes, hidden in the brass lamps, during the joys and especially in the sorrows. The importance to which it is associated is the proof of its historical and religious weight. It is idolized these days, especially by those who follow the ways of sitting and eating well. The drizzle of this luminous liquid over any delicacy is essential for the flavours of land and sea to be exalted on the table. Also, it is before dinner time that its smell waltzes through the house, coming from the bottom of a pot, and along with two other ingredients, it earns the name of estrugido or refogado (olive oil, onion and garlic braise). It was, and still is, part of the remedies to cure one or another discomfort, and may no one say otherwise!

It is always present in the Portuguese pantries from where it cannot be missing. And when it’s finished, we go to the supermarket shelf and find the best in the world. We have that kind of luck, of having extra virgin olive oil close at hand, awarded with national and international prizes.

The oil presses are scattered all over the country, and here in the Algarve region, it is no exception. More precisely in Moncarapacho, there is the Monterosa oil press, just where centuries ago there was a Roman oil press. It would be deliberate if the initial idea wasn’t it to be a vegetable garden or an orange grove.

This whole adventure begins in 1969, with the arrival of Mr. Detlev Von Rosen to Portugal. In a search for mild climates to export fresh vegetables to Nordic countries, he realized that this land was fertile. He managed to start his business, but with the European borders still closed, the products ended up being held at customs.

This setback didn’t make him give up, and he thought on a new business model, ornamental plants. They would stand the customs wait, and not require much watering, it would be the perfect plan and it was! In parallel to the plant nursery there was also an orange grove. Due to the severe drought period, Detlev understood that the orange grove was consuming too much water and the best thing would be changing to Mediterranean cultivation that wouldn’t need too much water.

Thus, began in that place a story about olive oil, which today is awarded prizes across borders. There are 20 hectares of olive trees, more precisely 7400 trees, that give us the precious fruit in five varieties, cobrançosa, picual, algarvian maçanilha, verdeal and frantoio. The whole process, from the harvest to the press is fast, so that the quality is not compromised and the fruit does not oxidize.

If in Portugal there are such good olive oils, why is Monterosa special? The reason is in the mild Mediterranean climate of the Algarve, it makes the taste of olive oil very balanced. That is, all the attributes that an extra virgin olive oil should have, the aroma and fruity taste, the bitter and the spicy, do not override any of the other attributes. This particularity, for those who do not have the educated palate, is essential to enjoy a good codfish drizzled with olive oil or even a tiborna like the good old recipe of the masters of the oil press. The Algarve could be the last region to have any kind of culture, since since the sixties it has only been dedicated to beach tourism. But something is changing thanks to these companies that work in what was once ours, as now they also combine it with tourism.

This is gold in liquid form, which is guarded by small black fruits and defended by branches capable of withstanding thousands of years. In the body of the Portuguese runs this delicacy, which year after year is improving its flavour, and brightening tables wherever it goes. It’s golden, it’s intense, it’s Portuguese olive oil!

Find the products in our online store: