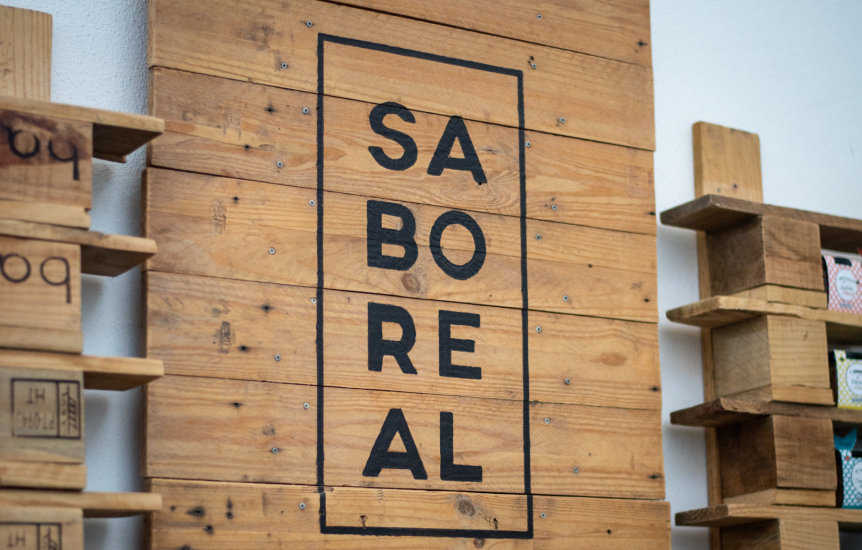 By Tânia Soares On 31 January, 2020 In Gastronomy, Products

The Algarve has had a lot of tin – Saboreal canned food

We are people who deal with and respect the sea like no other. We personify the Atlantic like an old friend, we think we know all its shakes of personality. Then there’s a windstorm and we exchange preconceived ideas about him.

That is how the sea is, never to be known in depth as unpredictable as it is. We are known as former relatives of the sea. Outside, in the foreigner’s countries, they feel curious about this narrow affinity. Our answers to the curiosity of others are sent in food cans so that they realize that when we treat a relationship well, it gives rewards.

In the Algarve, we were pioneers in the industry of conserving the sea compensation. The compensations were brought by those who stayed nights and days in the “companhas” inside the steam galleons. To them, to the fishermen, we risk renaming their role as heroes of the sea, the same as the national anthem, deserve this distinction. For the heroes of the sea, all that mattered was that the maximum number of fish reached a good port, which is, as you might say, the fish market, where they were sold to the large canning industries off the Arade river.

There were as many as 23 factories employing the population surrounding Arade. The return of the galleons and bouquets would trigger a siren. It was the sound of the beginning of another day for the workers. The hustle of the beheading, removing the gut, washing, putting in the can and sterilizing would begin.

Portugal had a lot of tin and exported them to every corner of the world with lots of courage and sardines inside. Perhaps because they contained courage, they were sent in combat ration kits for the worst war scenarios, such as World War II, or the Overseas War.  For our soldiers, it was a real treat to get a piece of canned Portugal, it served as an escape from the worst of panoramas in Africa.

Portugal had a lot of tin, today it still has, but with fewer canneries producing them. Along the Arade river, no factory survived. To the windward of time, other countries began to produce low-cost food cans and the sea was no longer able to reward with the necessary quantities. Thus, the entities that developed the economic and social situation of some cities of the Western Algarve disappeared.

Vincent saw all this victorious past in the Portimão Museum, which is located on the Arade river seaside. He left there with a pertinent question, which never stopped bothering all the other thoughts.

Why is there no factory off the Arade River?

This was the question that led to the creation of a handmade cannery, Saboreal, in 2015. Vincent’s will would contaminate Manuel’s will in a casual conversation. It could not have worked, after all, they were just ideas exchanged between two strangers in the middle of the street. But to prove that happy coincidences happen, there are 7 varieties of glass jars filled with the best fish and the best vegetables. It’s the hands and eyes that select the best products, coming from all over the Algarve. Only this way can they be sure that the inside of the glass jars has quality.

The new handmade cannery, Saboreal, was born with new ideas as well the age of all those who work there. The combinations of flavours are innovative, the packaging in the form of fish also and the particularity of canned food being kept in glass gives the true flavours to all the ingredients. Each snack can very well be eaten with a spoon, or as the partners challenged, we can use them with a lot of creativity in new recipes.

The automation of each process is not important, what matters is that each bottle contains the real taste of each product. This is the main focus of this company, which wants to win gradually for many years to come. Initially, the first obstacle to overcome was fear. Fear of starting something completely new, out of their academic areas of comfort. To overcome this barrier, they relied on the teachings of those who knew best about the subject, the former workers of the Algarve canning factories. Today, they have mastered the technique of gutting and cleaning the fish well and have developed their methods to do so.

The Algarve is changing, we no longer have only beaches to offer to those who come here. We have experiences that were once the daily lives of the people. We have reinvented products that remind us of how far we’ve come to this day. We have canned food that reminds us who we are, we are the relatives of the Atlantic.