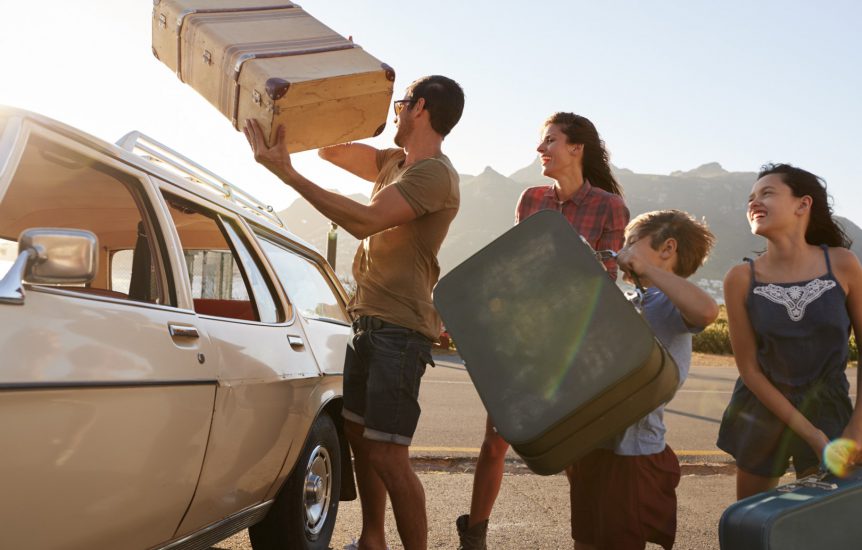 To emigrants with love – August

Portugal is a small country, in fact, a very tiny country, but it has the peculiarity of being able to multiply by many. Yes, we are many across borders and we take the soul of being Portuguese to any corner of the world.

We like to explain everything to the friends we made in the host country. We’ve demonstrated with determination and some theatricality, the feat of eating a sardine fresh from the barbecue on a slice of bread, only with our hands, and then we blow our fingers to finish it. We explain that, to catch up on the daily conversation, we drink coffee and are very likely to eat a pastel de nata or a queijada as well to follow the latest news. Foreigners will surely never realize how sweet this is to the memory of emigrants.

Of all of the pilgrimages of August, the most important is undoubtedly, the one where emigrants come back for a few weeks to visit their families.

João and his family return to Portugal every year in this month, not because everyone else does, but because it’s the month of the kids’ holidays. Thus, they can join the useful to the pleasant and see long-time friends who are also out of the country. Every year they make a trip for two days by caravan. Everything is prepared in advance so that they arrive precisely on August 1st to the city of Lagos. It’s a 20-hour drive from Paris to Lagos, so that’s why the kids Amélie and Julien prepare their backpacks with the latest games offered by their grandparents, the Sabichão and the Jogo da Glória.

– The deck of playing cards is going too! -Julien tells his sister.

They have plenty of time to practice the Sueca game just as they had learned last summer from their grandfather.

João and his wife Rita go to the Portuguese market near their house, which belongs to Mr. José and has the finest Pastéis de Nata in Paris and the surrounding area. They ask for a box of 8 Pastéis de Nata and instead of doing the usual shopping, they’re looking for Minerva canned tuna, mackerel, and sardines. They’ll need practical but healthy meals for the journey.

That same day, João caught the kids on Skype trying to explain to their friend Christine what the word Saudade meant. They insisted that they would miss her (that they would have saudades) during the holidays. What they still don’t know is that this feeling only has a name in Portugal, and the French friend would never understand.

The caravan trip is already part of the holidays, it would be easier to catch up a flight and, in an hour and a half João and his family would arrive in Portugal. But this way they can benefit more of their family time. The 8 Pastéis de Nata disappeared in the first two hours of the trip. The kids don’t get upset because they know that, in Portugal, they can eat one with a little spoon of the espresso coffee every morning.

They agreed beforehand that they would only communicate in Portuguese during the trip. Sometimes it is difficult to do so in France, even if the Portuguese community is very active. João tells Rita that he no longer remembers the last dream he had in Portuguese. The kids were born in France, the parents moved 11 years ago because there were more job opportunities. It was not an easy decision, but they needed to follow the dream of having a family, and of having the jobs in their areas of training.

After many games and some mistakes in the Portuguese language, they arrive in Lagos. Rita’s and João’s parents are at the doorstep, and the smell of chicken Piri-Piri is already in the air. They prepare a full table, with Alentejo wine, chorizo, cheese and all this will only serve as starters. Those who know our customs know well that our relationship with food is much more than a basic need for survival. It’s a time of socialising of long hours sitting together at the table, and this is not lost even when living 2000 kilometres away.

They make plans to go to the beach the next morning, and have a table booked in a restaurant/store in the city centre. Rita’s mother wants to go there, to show her daughter the Portuguese products, so that she can take them and show them to her French friends.

– At Mar d’Estórias you can find Portuguese cookbooks, so take the opportunity to teach the French how to cook! – says Rita’s mom, joking with her.

The vacation’s over in a flash, and they have to save a few days for the Christmas holidays. Farewells are always hard, but year after year they normalize. Perhaps it is because the new technologies help overcome the well-known Portuguese feeling, Saudade!